We're not your average bank — and that's thanks in large part to our extraordinary team. Meet our Officers and learn more about the members of our Board of Directors. 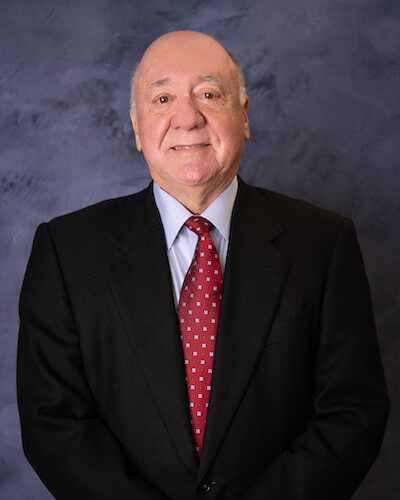 Mr. Callais is the former Chief Executive Officer of the Louisiana Division of USI Insurance Services Corporation, formerly Coastal Insurance Services, Inc. in Houma, Louisiana.  He co-founded Coastal Insurance, specializing in marine and oilfield related insurance.  Mr. Callais is a Vietnam Veteran and a graduate of the University of Louisiana at Monroe with a Bachelor of Science degree in Accounting.  He is the Chairman of the Bank’s audit committee and serves on the Bank’s asset liability management, loan, and strategic planning committees. 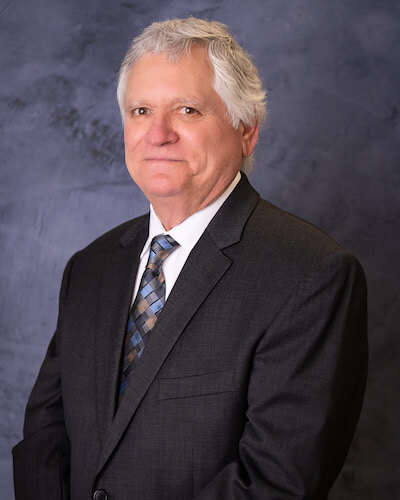 Mr. Calongne is extensively involved in various real estate development projects throughout the Houma-Terrebonne area.  He is the managing member of Calongne Investment Company, LLC, a family real estate business with interests in several retail strip shopping centers in the Houma area.  Mr. Calongne is also the managing member of CALOG, LLC and L. T. Leasing, LLC, both of which own numerous commercial and industrial properties in the Houma area.  He is a co-owner of Gem-Trim of Houma, LLC, a specialty machine shop in Houma.  Mr. Calongne previously served on the Board of Directors of the former Progressive Bank and Trust Company.  He is a graduate of Nicholls State University, with a Bachelor of Science degree in Business Administration.  Mr. Calongne serves as the Vice Chairman of the Boards of Synergy Bancshares, Inc. and its subsidiary, Synergy Bank.  He is Chairman of the Bank’s building and strategic planning committees.  Mr. Calongne also serves on the Bank’s compensation, executive, and loan committees. 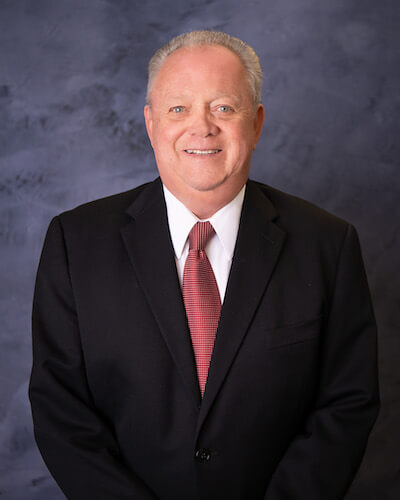 Mr. Chauvin is employed as a Director for Nondestructive and Visual Inspection, LLC (NVI), a nationwide industrial solutions provider servicing the marine, fabrication, offshore, pipeline, and petrochemical industries.  He also serves on the Board of Commissioners of Terrebonne General Medical Center.  He is the former Chairman of the Board and Chief Executive Officer of Gulf Island Fabrication, Inc., a publicly traded company headquartered in Houma, Louisiana.  Gulf Island Fabrication, Inc. is a leading fabricator of offshore drilling and production platforms and other specialized structures used in the development and production of offshore oil and gas reserves.  Mr. Chauvin is a graduate of Louisiana State University, attaining his undergraduate degree in Mechanical Engineering and a Master’s degree in Business Administration.  He is a founder, charter member and past President of the South Central Industrial Association, a trade association for industry in the Bayou Region of Louisiana.  Mr. Chauvin is a founder and past President of the Terrebonne Waterway Association and a founder of the Terrebonne Navigation Coalition.  He is a past President of the Terrebonne Economic Development Authority.  Mr. Chauvin previously served on the Board of Directors of the former First National Bank of Houma and on the Federal Reserve Bank of Atlanta’s Energy Advisory Committee.  He is a former Chairman of the Board of Synergy Bancshares, Inc. and its subsidiary, Synergy Bank, and currently serves on the Bank’s audit, compensation, executive, loan, and strategic planning committees. 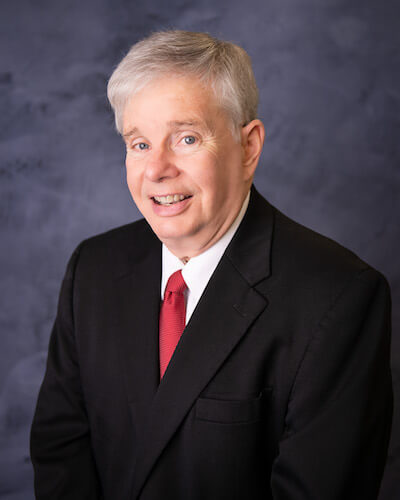 Mr. Claudet is the former Terrebonne Parish President, having served two terms in office.  He received his undergraduate degree from Louisiana State University and his Juris Doctorate from Loyola University.  Mr. Claudet has extensive real estate holdings, including apartment complexes, acreage, vacant lots, and commercial buildings.  He served as the founding Chairman of the Board for Synergy Bancshares, Inc. and its subsidiary, Synergy Bank.  Mr. Claudet serves on the Bank’s asset liability management, executive, loan, and strategic planning committees. 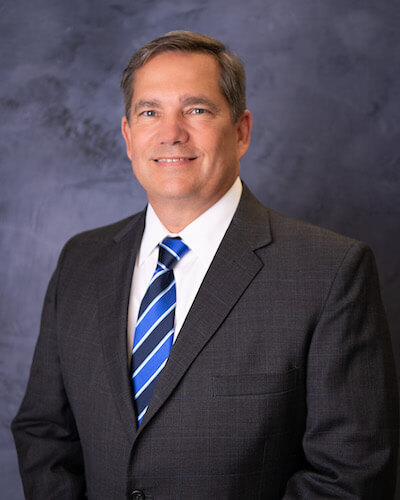 Mr. Duplantis is the Chief Executive Officer of Duplantis Design Group, PC (DDG), a Thibodaux based architectural and engineering firm offering professional services in architecture, civil engineering, coastal engineering, landscape architecture and land surveying.  DDG has five office locations in Louisiana and one in Texas with licenses to practice in 13 states across the southeastern United States.  Mr. Duplantis graduated with a Bachelor of Science degree in Civil Engineering from the University of Louisiana at Lafayette.  He has served on the Edward Douglas White Catholic High School Advisory Board, Bayou Country Children’s Museum and currently serves on the boards of Restore or Retreat, CASA of Lafourche and the Diocese of Houma-Thibodaux Advisory School Board.  He is a proud member of the Thibodaux Volunteer Fire Department and the 2016 Grand Marshal.  Mr. Duplantis currently serves on the Bank’s audit, building, loan, and strategic planning committees. 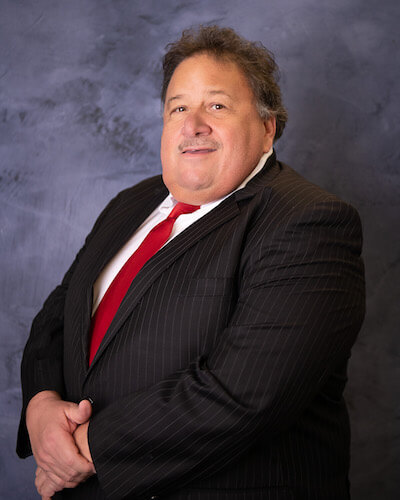 Mr. Dove, a lifelong resident of Houma, is the Terrebonne Parish President.  He is the President and owner of Vacco, Inc., which originated in 1980 and provides vacuum trucks and water blasters for the removal of certain material in the offshore marine service industry.  He has business interests in a number of industries including marine service, restaurant, trucking, real estate development, oil field construction, and oil reclamation.  Mr. Dove previously served in the Louisiana House of Representatives as the State Representative for District 52 and was Chairman of the Natural Resources and Environment Committee.  Mr. Dove is a member of the South Central Industrial Association, Offshore Marine Service Association, Mark Twain Club, Louisiana Association of Business and Industry, and Louisiana Restaurant Association.  He has also served on the Board of Directors of the Houma-Terrebonne Chamber of Commerce.  Mr. Dove is a state general contractor in commercial building construction and oilfield construction.  He also serves on the Bank’s audit, compensation, loan, and strategic planning committees. 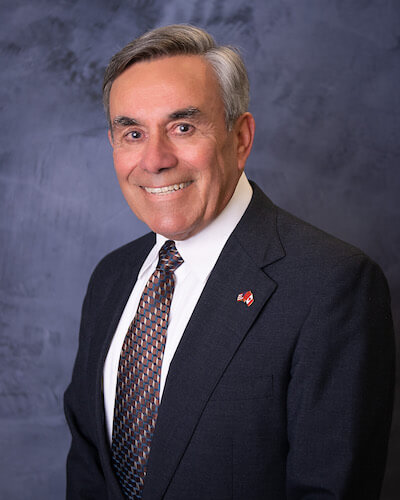 Mr. Hebert is the Chairman of the Board of Morris P. Hebert, Inc., a Houma based professional land surveying, engineering, and environmental services company licensed to practice in the states of Louisiana, Mississippi, Alabama, Florida, Texas, Arkansas, Oklahoma, New Mexico, Tennessee, North Carolina, Colorado, and the territory of Puerto Rico.  He is active in various professional, community, religious and social organizations.  Mr. Hebert is a past President of the Louisiana Society of Professional Surveyors, past Chairman and emeritus member of the Louisiana State Board of Registration for Professional Engineers and Land Surveyors, a former member of the National Council of Examiners for Engineers and Surveyors, and a former board member of the Terrebonne Economic Development Authority and Catholic Charities of Houma-Thibodaux.  He currently serves on the Board of Commissioners of Terrebonne General Medical Center and the Board of Directors of Southern Regional Medical Corporation.  Mr. Hebert is a graduate of Nicholls State University and currently serves on its Geomatics Advisory Committee.  He is the Chairman of the Boards of Synergy Bancshares, Inc. and its subsidiary, Synergy Bank, and Chairman of the Bank’s executive and compensation committees.  Mr. Hebert also serves on the Bank’s building, loan, and strategic planning committees. 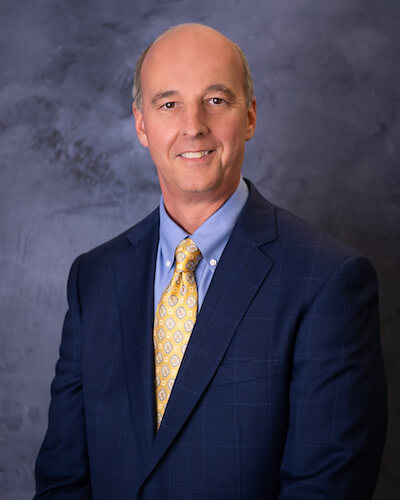 Mr. Ledet is the President and Chief Executive Officer of Synergy Bancshares, Inc. and its wholly owned subsidiary, Synergy Bank.  He is an experienced banker, whose career has encompassed extensive commercial and retail lending as well as branch administration and management.  Mr. Ledet is active in several trade and civic organizations.  He currently serves as a Chairman of the Louisiana Bankers Association.  Mr. Ledet is a Past Chairman and Ex Officio Board Member of the Houma-Terrebonne Chamber of Commerce, a member of the Kiwanis Club of Houma, President of the Rotary Club of Houma, Nicholls State University College of Business Advisory Board and Facilities Committee, and Past President and Board Member of the United Way for South Louisiana.  He is a graduate of Leadership Terrebonne.  Mr. Ledet graduated Magna Cum Laude from Nicholls State University with a Bachelor of Science degree in Marketing.  Furthering his education in the field of banking, he successfully completed the course requirements and received his diploma from the Graduate School of Banking of the South in Baton Rouge, Louisiana.  Mr. Ledet serves as Chairman of the Bank’s loan committee and serves on the Bank’s asset liability management, building, compensation, executive, and strategic planning committees. He was named the 2019 Terrebonne Parish Most Useful Citizen. 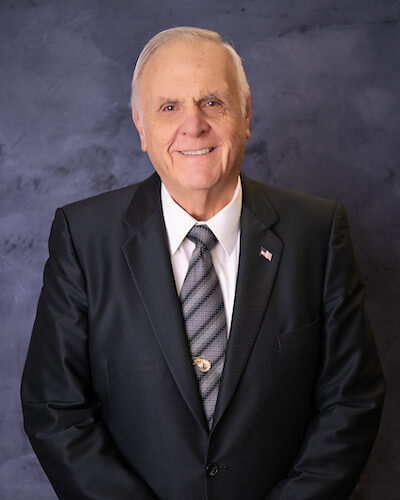 Mr. Scott is a retired, long-time veteran of the shrimp processing industry.  He is the founder of Scottcos' of Dulac, Inc., a nationally recognized seafood processing company.  He is also part owner of numerous other businesses in seafood, oil, and related industries.  Mr. Scott is a past President of the Louisiana Shrimp Association and the American Shrimp Processors Association, the past Regional Vice President of the National Fisheries Institute, and a member of the Louisiana Governors Shrimp Task Force.  He served on the Board of Directors of the former Progressive Bank & Trust Company.  Mr. Scott serves on the Bank’s asset liability management, audit, loan, and strategic planning committees.

Visit one of our six branches.

Reach out to us online — we'll be in touch soon!

Your Bank. Our Community. Stronger Together.